How a wear-anywhere vest for COPD evolved 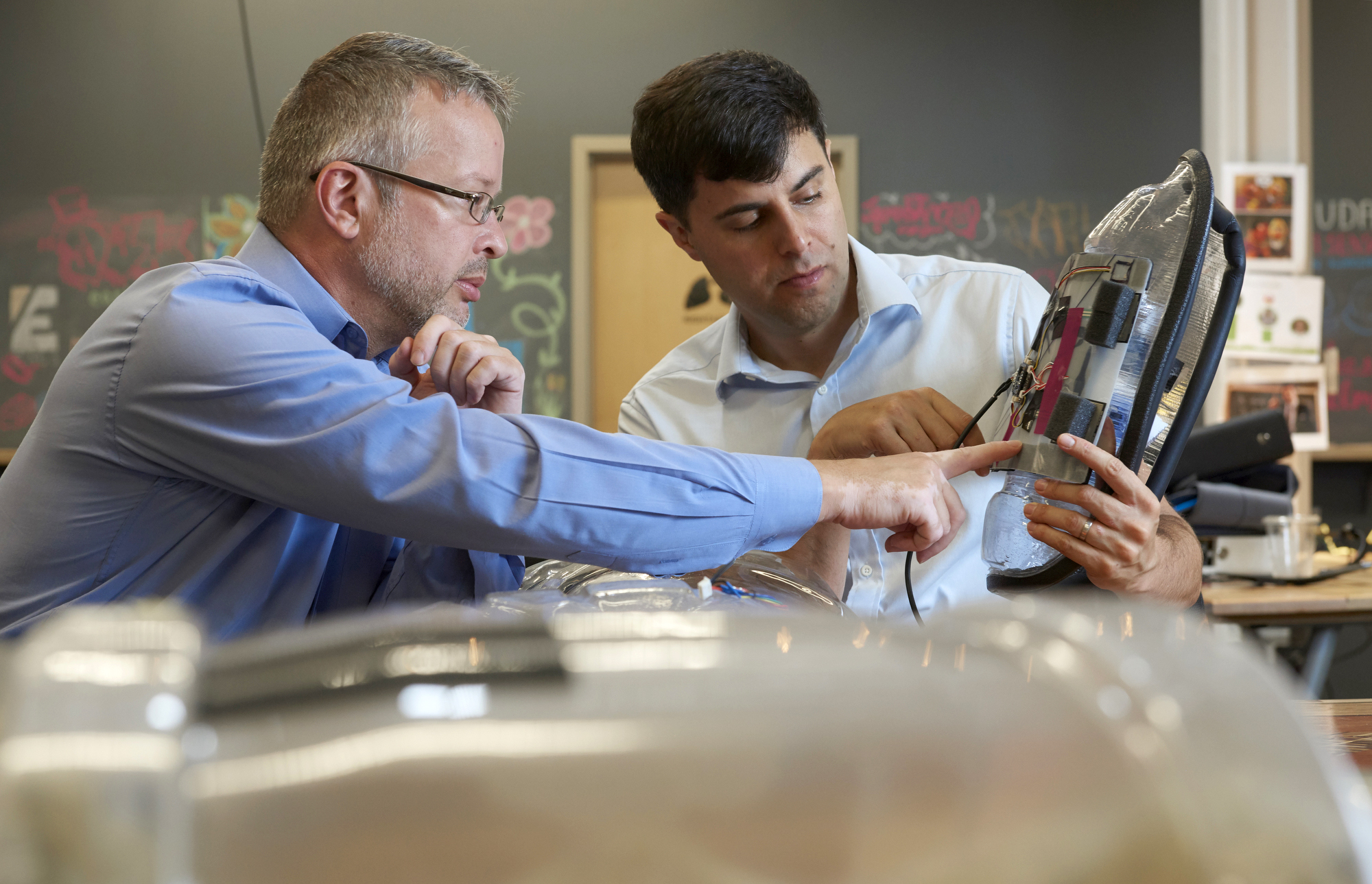 How a wear-anywhere vest for COPD evolved | Penn Today

To alleviate shortness of breath in his patients with COPD, Penn Medicine’s Jake Brenner (right) envisioned a lightweight vest that could be worn during normal activity to ease the burden of moving air in and out of the lungs. Marek Swoboda (left) serves as CEO of Right Air LLC, the company Brenner launched to bring his idea to life with support from the Medical Device Accelerator program.
The original idea was an old one. An iron lung is a classic form of mechanical respirator that used both negative and positive air pressure to inflate and deflate the lungs when a person lacked ability to do it for themselves—such as when a patient was paralyzed by polio.
Modern-day patients with chronic obstructive pulmonary disease (COPD), often called emphysema, can breathe on their own, but due to changes in the lungs caused by past smoking, they frequently experience shortness of breath. This symptom is even more pronounced during physical activities. Patients can feel like they’re suffocating even when just walking from room to room. COPD affects 15 million people in the United States, with an annual cost of approximately $50 billion for their care.
“What if we could make a vest that can decrease the shortness of breath of COPD patients such that they are able to engage in life again?” says Jake Brenner, a pulmonary critical care physician in the Perelman School of Medicine.

Starting with a series of simple sketches, Brenner aimed to update the functionality of modern respirators based on the same principle as the iron lung. These devices use a front and back turtle-like shell surrounding the chest with an attached pump to apply pressure. Assisted breathing devices currently on the market are generally impractical for patients to wear in their daily lives. Brenner’s device, however, could be worn anywhere.
The idea was accepted into Medical Device Accelerator (MDA) program at Penn Medicine in 2017, which provided Brenner with seed funding and collaborators with expertise in engineering and product design to move through a streamlined development process. He formed a company, Right Air, LLC, received additional support from Penn Health-Tech, a University-wide center to speed device development, and set up a staff working out of NextFab, a Philadelphia maker space that is a ready-made Santa’s Workshop for inventors. 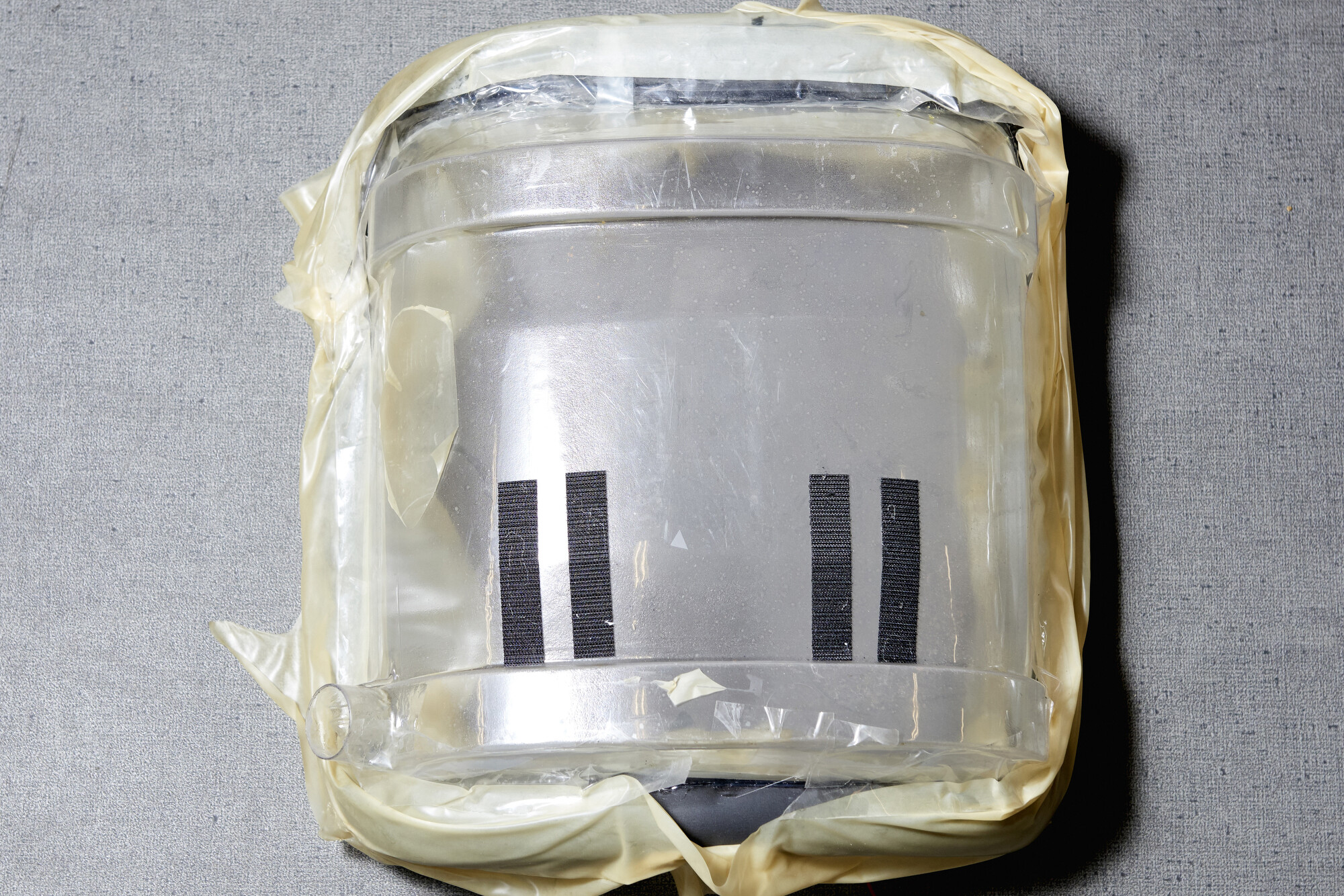 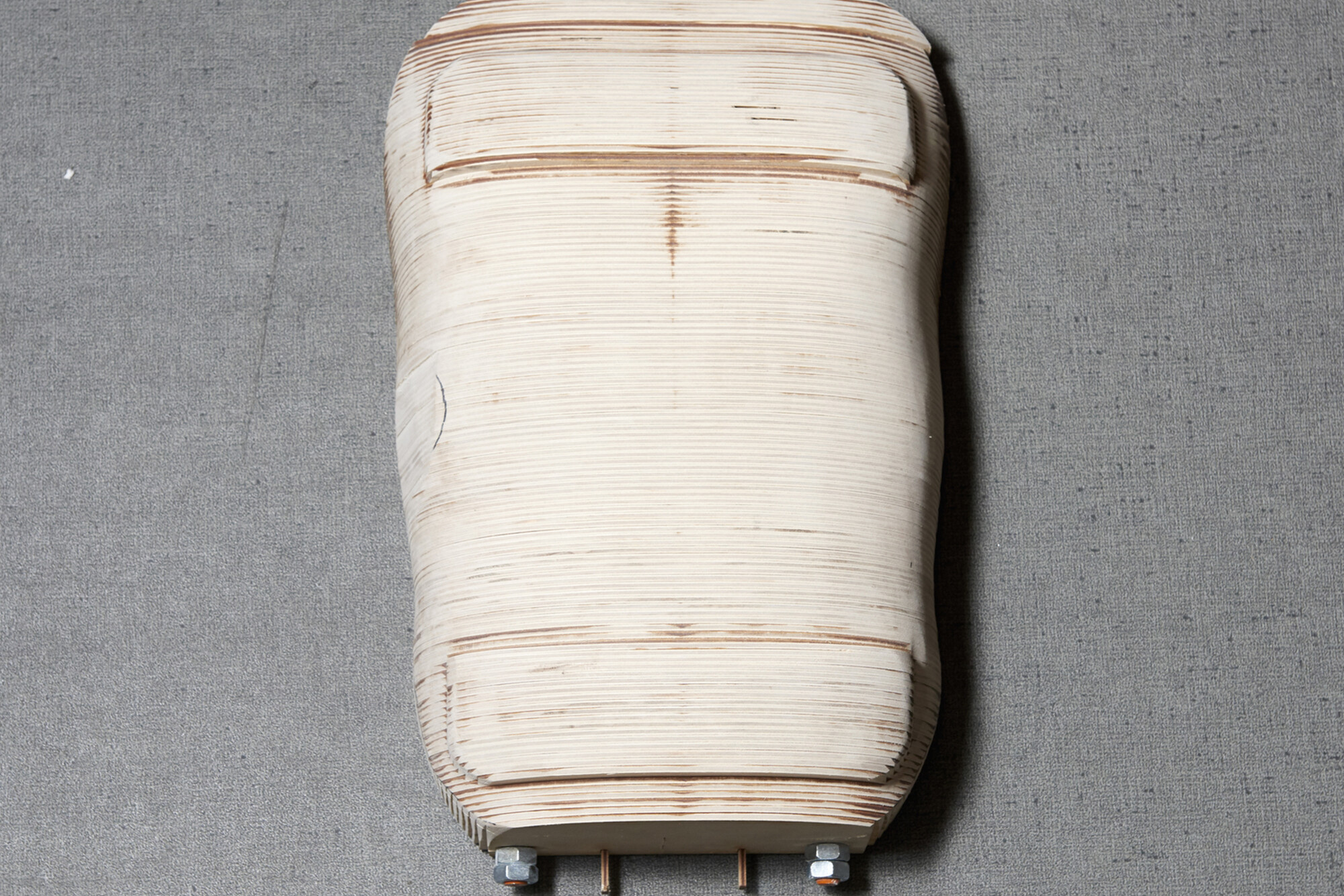 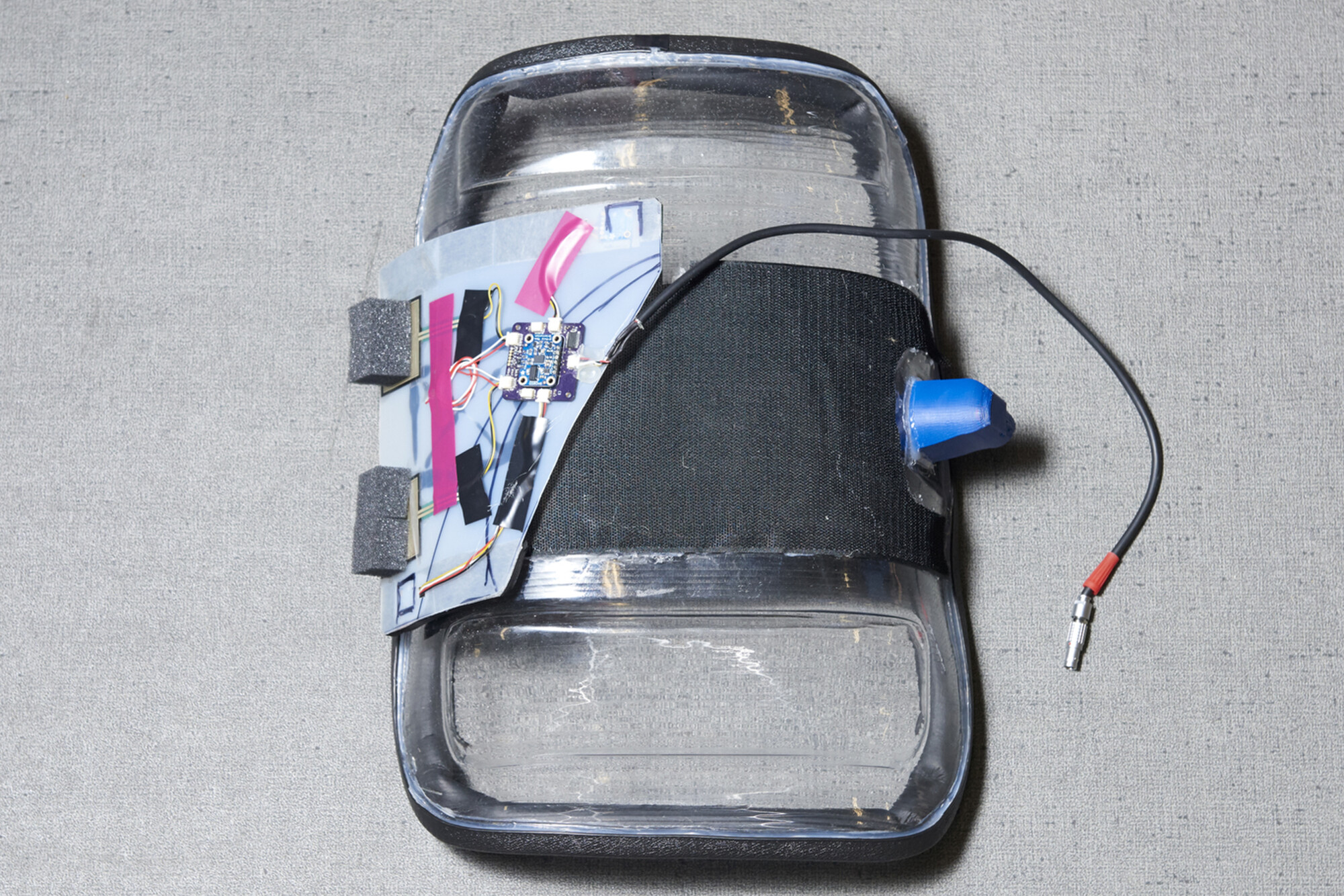 At NextFab, a maker space in Philadelphia, the Right Air team spent a year improving their device. Starting with an initial prototype that mirrored existing commercial ventilators (left), they then streamlined it, creating a wooden mold for a more custom plastic shell. Initial clinical trials were completed this year.
“Penn physicians with medical device ideas are first and foremost just that: physicians and researchers,” says Mohit Prajapati, director of R&D, strategy, and operations for Penn Medicine’s MDA. “We help them take ideas deeper into the commercialization process to answer more questions about safety and functionality, faster than they could otherwise.”
The shell of the first prototype of the Right Air vest mirrored the shape of existing commercial ventilators. Brenner and Michal Swoboda, chief technology officer of Right Air, used simple rubber sheeting to produce a seal between the vest and the wearer’s body.

A pump worn on the back uses air pressure to push and pull on the vest, which is a hard plastic shell on the wearer’s chest. With negative pressure, air passages in the lungs open up to make it easier to inhale. Positive pressure compresses the lungs, making it easier to exhale.
Prototyping for the Right Air vest has been underway for more than a year at NextFab. The Right Air team developed ever-smaller and more powerful air pumps for the vest, prototyping their casings in brightly colored plastic from a 3-D printer.
Initial clinical trials for the Right Air vest were completed this year. Under the continued guidance of MDA, the team is seeking U.S. Food and Drug Administration approval in advance of launching sales of the vest as a commercial product.
Homepage photo: Brenner and his Right Air colleagues, including Chief Technology Officer Michal Swoboda, trialed a number of prototype devices. The design on the far right, featuring the smallest, lightest, most powerful pump is nearly ready for commercial production.
You must log in or register to reply here.
Share:
Facebook Twitter Reddit Pinterest Tumblr WhatsApp Email Link
Top