Growing Organs in the Lab: One Step Closer to Reality 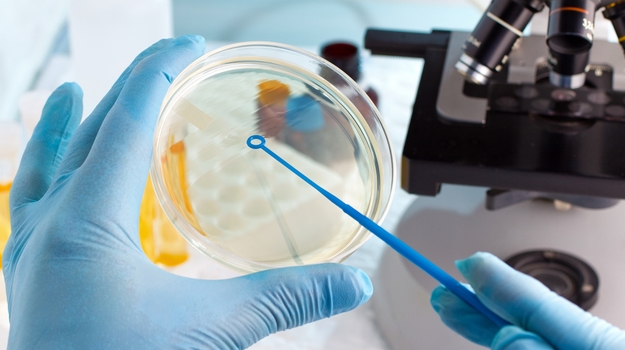 Researchers these days routinely use pluripotent stem cells to develop into specific tissue cells, and a variety of methods to coax those tissues to grow in Petri dishes into simple organoids. The goal, in many cases, is to grow realistic, complex organs that are not only excellent models for research but have the possibility of use for full-blown organ transplants. For example, in April 2019, researchers at Tel Aviv University successfully bioprinted the first 3D human heart using the patient’s own cells and various biological materials such as collagen and glycoprotein.
Now this has moved a step further. To date, these grown or bioprinted organoids are incomplete, lacking some of the vasculature and infrastructure of organs. But researchers at the University of Würzburg in Germany took their research one step further.
“We used a trick to achieve our goal,” said Philipp Wörsdörfer with the Institute of Anatomy and Cell Biology at Würzburg. “First we created so-called mesodermal progenitor cells from pluripotent stem cells.”
Under specific conditions, these progenitor cells can produce blood vessels, immune cells and connective tissue cells. The researchers mixed the progenitor cells with cancer cells as well as brain stem cells that had earlier been developed from human iPS cells.
The mixture of cells grew and formed complex three-dimensional tumor or brain organoids in a petri dish. The organoids had functional blood vessels and connective tissue. In the brain tissue, microglia cells were developed, which are brain-specific immune cells.
The research was published in the journal Scientific Reports.
“In the future, the miniature organ models generated with this new technique can help scientists shed light on the processes involved in the genesis of diseases and analyze the effect of therapeutic substances in more detail using them on animals and human patients,” said Süleyman Ergün, who conducted the work with Wörsdörfer. “This would allow the number of animal experiments to be reduced. Moreover, the organ models could contribute to gaining a better understanding of embryonic development processes and grow tissue that can be transplanted efficiently since they already have a functional vascular system.”
The authors wrote, “Organoids derived from human induced pluripotent stem cells (hiPSCs) are state of the art cell culture models to study mechanisms of development and disease. The establishment of different tissue models such as intestinal, liver, cerebral, kidney and lung organoids was published within the last years. These organoids recapitulate the development of epithelial structures in a fascinating manner. However, they remain incomplete as vasculature, stromal components and tissue resident immune cells are mostly lacking.”
About a year ago, researchers at Johns Hopkins University, the University of California, San Diego (UCSD) and the National Institute of Mental Health grew retinas in Petri dishes. The retina is the part of the eye that collects light and translates it into the signals that the brain interprets as vision. The cells grew into 20 to 60 tiny balls of cells, called retinal organoids. The tiny human retinas responded to light and were used in their research to better understand how color vision develops.
You must log in or register to reply here.
Share:
Facebook Twitter Reddit Pinterest Tumblr WhatsApp Email Link
Top