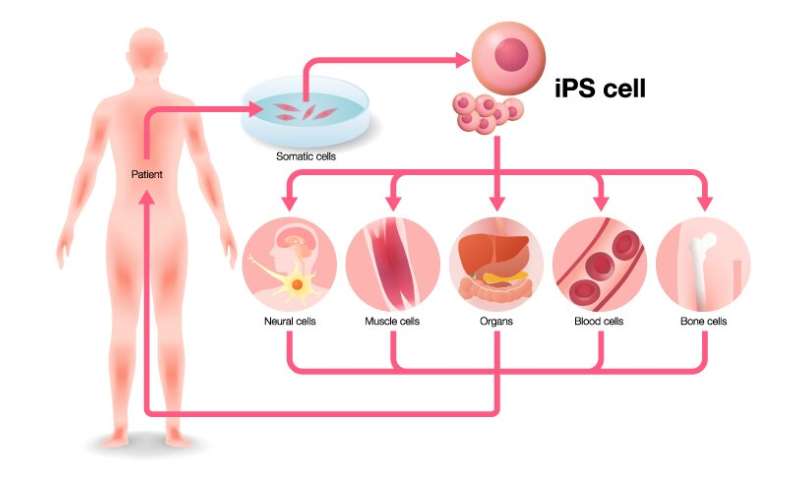 Induced pluripotent stem cells (iPSCs) can transform into any cell in the body.
People who live more than 110 years, called supercentenarians, are remarkable not only because of their age, but also because of their incredible health. This elite group appears resistant to diseases such as Alzheimer's, heart disease and cancer that still affect even centenarians. However, we don't know why some people become supercentenarians and others do not.

Now, for the first time, scientists have reprogrammed cells from a 114-year-old woman into induced pluripotent stem cells (iPSCs). The advance, completed by scientists at Sanford Burnham Prebys and AgeX Therapeutics, a biotechnology company, enables researchers to embark on studies that uncover why supercentenarians live such long and healthy lives. The study was published in Biochemical and Biophysical Research Communications.
"We set out to answer a big question: Can you reprogram cells this old?" says Evan Y. Snyder, M.D., Ph.D., professor and director of the Center for Stem Cells and Regenerative Medicine at Sanford Burnham Prebys, and study author. "Now we have shown it can be done, and we have a valuable tool for finding the genes and other factors that slow down the aging process."
In the study, the scientists reprogrammed blood cells from three different people—the aforementioned 114-year-old woman, a healthy 43-year-old individual and an 8-year-old child with progeria, a condition that causes rapid aging—into iPSCs. These cells were then transformed into mesenchymal stem cells, a cell type that helps maintain and repair the body's structural tissues—including bone, cartilage and fat.
The researchers found that supercentenarian cells transformed as easily as the cells from the healthy and progeria samples. As expected, telomeres—protective DNA caps that shrink as we age—were also reset. Remarkably, even the telomeres of the supercentenarian iPSCs were reset to youthful levels, akin to going from age 114 to age zero. However, telomere resetting in supercentenarian iPSCs occurred less frequently compared to other samples—indicating extreme aging may have some lasting effects that need to be overcome for more efficient resetting of cellular aging.
Now that the scientists have overcome a key technological hurdle, studies can begin that determine the "secret sauce" of supercentenarians. For example, comparing muscle cells derived from the healthy iPSCs, supercentenarian iPSCs and progeria iPSCs would reveal genes or molecular processes that are unique to supercentenarians. Drugs could then be developed that either thwart these unique processes or emulate the patterns seen in the supercentenarian cells.
"Why do supercentenarians age so slowly?" says Snyder. "We are now set to answer that question in a way no one has been able to before."
You must log in or register to reply here.
Share:
Facebook Twitter Reddit Pinterest Tumblr WhatsApp Email Link
Top